What Book Should I Read in the Bible

What Book Should I Read in the Bible? 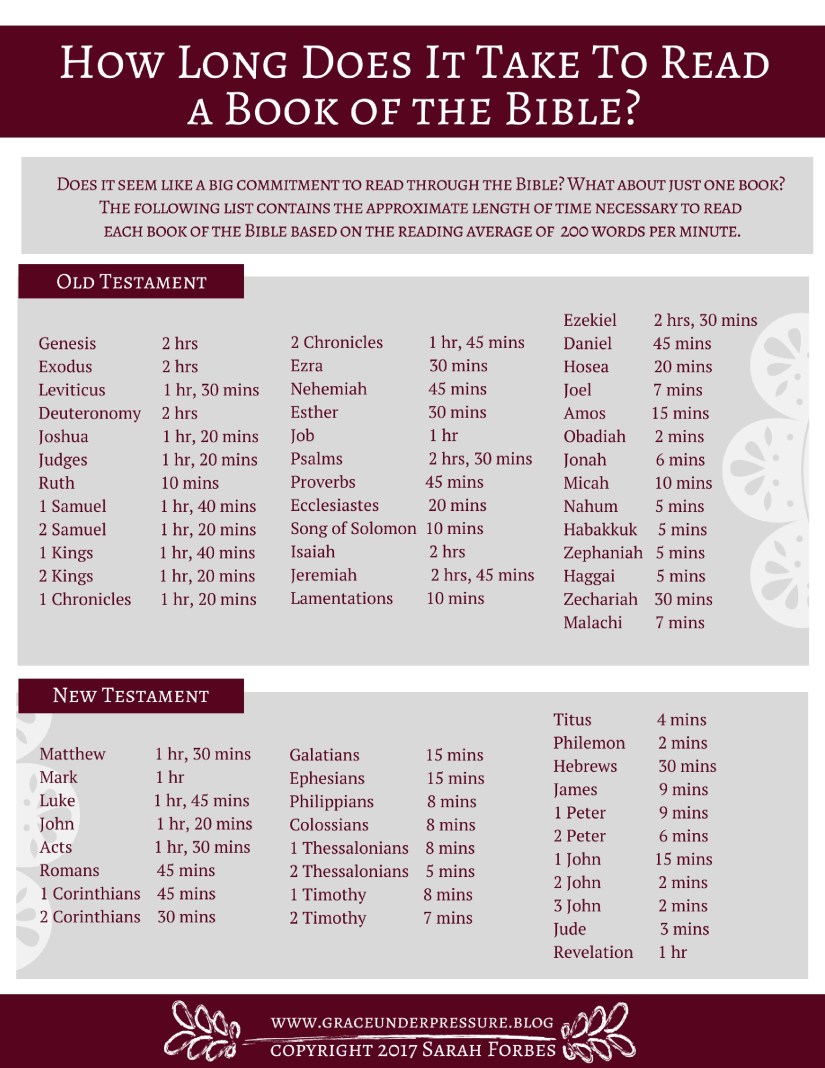 If you’re interested in learning about Christianity, there are many books in the Bible that you should read. For example, you may want to start with Mark’s Gospel or Exodus, or you might want to read Job or Daniel. Each of these books has unique stories to tell and can be helpful to understand the Bible better.

Mark’s gospel is unique because it does not contain any stories about the birth or childhood of Jesus. It also does not mention Jesus’ activities prior to his baptism. This is a notable omission, considering how important these events were to early Christians. The book, however, does focus on the baptism of Jesus.

Mark re-conceptualizes the image of Jesus in this gospel. He uses the motif of secrecy and misunderstanding to correct earlier understandings of Jesus. Mark’s explanation of the life of Jesus is likely related to his post-war experience. He is telling the story to make sense of the destruction of Jerusalem.

The stories in Mark’s gospel are based on oral and written sources. These stories include miracle stories, parables, sayings, and controversies. They are also part of Jesus’ teachings to his disciples. In addition, this gospel is unique because of its depiction of everyday life in Jerusalem.

Mark’s Gospel is one of the earliest Gospels in the Bible. It has less interpretation than the other three, and is closest to the events it describes. It was written by a Christian named John Mark. Though his name is obscure in the New Testament, it is believed that he was a relative of Barnabas, a disciple of Jesus who later joined Peter in Rome.

The Book of Exodus is the second book of the Bible. It tells the story of how the Israelites escaped slavery in Egypt through the strength of Yahweh. They were chosen by God to be his people and were freed by him. The story is filled with important lessons that we can learn from and apply to our lives today.

See also  What Is a False Witness in the Bible

The Exodus story is centered on a theme that informs much of the biblical corpus. It functions in Genesis to explain why the Israelites were enslaved in Egypt, and it suggests that the punishment was due to their ancestors’ sins. The story of Joseph, for instance, describes how his brothers tossed him into a pit and sold him into slavery. This incident has a great deal of historical significance, and is an example of the role that the Bible plays in human history.

In the book of Exodus, we learn about God’s plans for his people. God is making his people Israel his own. He rescues the descendants of Abraham, Isaac, and Jacob from Egypt. God then gives the nation a list of expectations that they must meet. The book also describes the beginnings of the priesthood in Israel, and defines the role of the prophet.

Although the Book of Exodus has many ramifications, it is a central event in the history of Israel. It provides a prototype for God’s future acts of redemption. No other event in Israel’s history holds such a central place in the biblical corpus.

The Book of Daniel has attracted the attention of biblical scholars because it depicts apocalyptic and historical events. Scholars have speculated that the Book of Daniel was written during the lifetime of Daniel. Various sources, including the Dead Sea Scrolls, suggest that it was written before 200 BC.

Daniel was about 70 years old when he was thrown into a lion’s den. King Darius had ordered that Daniel be thrown into the den of lions because he had not obeyed the decree to worship the king alone. However, other administrators were determined to bring Daniel down and attack his religion. Eventually, flattery convinced Darius to impose a decree that put Daniel in the den of lions.

Daniel was a prophet who sought to understand how the Scriptures were written. He was an expert in Hebrew and Greek, and he tried to translate these texts into human terms. He also worked to understand the concept of the “70 years” that is found in the Book of Jeremiah.

See also  Is Alexander the Great in the Bible

The Book of Psalms is the first of the Ketuvim, or third section, of the Hebrew Bible, or the Tanakh. Psalms is a Hebrew word that comes from the Greek word psalmos, which means “instrumental music.” Thus, the book’s title essentially refers to the words that accompany music.

The psalms were written by many different authors over a thousand years before their final compilation. The collection was first compiled in 537 B.C. by an unknown editor. The Book of Psalms covers a variety of subjects, including God and His creation, worship, judgment, and the coming of the Messiah.

Psalms are used in Christian worship in a number of traditions. Greek-Catholics and Orthodox Christians use Psalms as part of their prayer services. The Septuagint, the official Psalter for Greek Christians, contains 150 Psalms. These are subdivided into 20 kathismata and three stases. The Greek stases refer to the places where the faithful would stand during a prayer.

The Psalter is characterized by a movement from lament to praise. For example, Ps 74 and 79 complain about a national disaster and ask God to intervene in their favor.

The book of Romans is an important part of the Bible, and its content contains many key doctrines, including man’s sinfulness, justification by faith, regeneration, union with Christ, adoption, and sanctification. The theological assertions of Romans are rich and profound, but its implications can also be unsettling.

The Book of Romans is a work of doctrine, divided into four sections. It contains Paul’s emphasis on justification by faith and the power of God’s salvation. Paul’s purpose in writing the book is to assure the church of this powerful doctrine. This gospel, and its power of salvation, enables believers to live a life of righteousness.

See also  Who Is Jehovah in the Catholic Bible

This letter was written by Paul, who had traveled the Aegean Sea region for ten years. As he wrote, there were already churches in several Roman provinces. Paul hoped to visit the Roman church on his way to Spain. The book of Romans has been studied and interpreted ever since and has even influenced Martin Luther’s teachings.

The letter contains material written to specific recipients, but it also has material intended for the Christian community in Rome. This is one reason why scholars struggle with categorizing the letter as either a private or public epistle.