What Does Transgression Mean in the Bible

What Does Transgression Mean in the Bible? 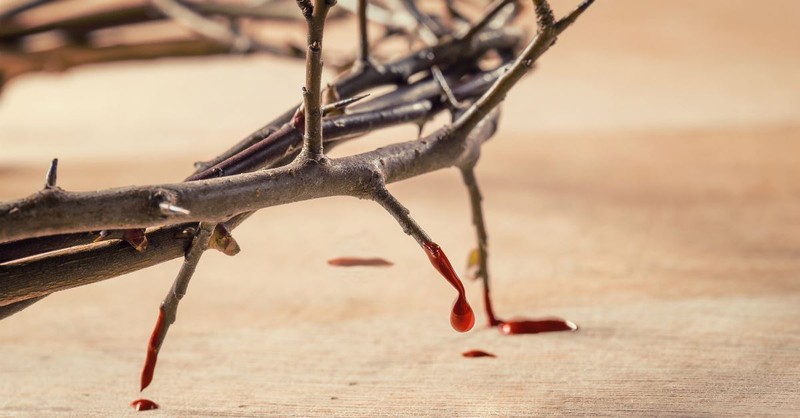 Transgression is a term that carries a different meaning from sin or iniquities. The Hebrew word for transgression is pasa, which means “to rebel or sin, to offend”. In this sense, transgression is a conscious willful act of rebellion. Its Semitic root comes from the Canaanite word for terror. Think of a movie where passengers are terrified of the plane’s captain. One of them refuses to trust the captain, and that person is the one who commits a transgression.

The King James Version of the Bible, while admirable in many ways, gives a false idea of sin and transgression. For example, it states that death reigned from Adam until Moses. Yet, Adam was given a specific law, and he broke it by eating from the tree of knowledge of good and evil. Moreover, he transgressed by not repenting of his sin. Ultimately, he brought judgment from Elohim upon himself and his people.

In the Bible, sin is the deviation from God’s will. Although sin is often described as “doing what is wrong,” it’s much more. The word’sin’ is also defined as “failing to do the right thing.” Therefore, it is important to understand the difference between a transgression and sin.

Transgression is the act of crossing a boundary without knowledge of the consequences. It’s much more than parking your car in a no-parking zone, even when you know that the judge will be watching. It is the action that separates us from God and makes us like the one who did it.

A transgression is an action that goes against a law, rule, or code of conduct. A transgression can be a deliberate act that harms oneself or others. It can also involve rebelling against God. If you want to avoid judgment, stop doing that. You will end up paying for it in the end. The Bible warns us of the consequences that await us if we persist in our sinful ways.

Sin is a defining term in the Bible. According to the Bible, all humans commit sin, but people who knowingly commit a transgression are transgressors. It’s important to understand that we must repent and turn to God or our transgressions will continue to grow until we have committed an iniquity. This, of course, will bring judgment from God. That’s why we need to repent and believe in Jesus Christ.

In the Bible, iniquity is a sin against God. Those who commit it face eternal judgment. They will be cut off from the people of Israel. In addition, those who commit it against their close kin will face iniquity. For example, if a man uncovers a sister’s nakedness, he will suffer the punishment.

The Bible uses the word iniquity over 250 times. It is used in the King James Bible, the American Standard Bible, and the WEB Bible. It is also used in the New International Version and the New Living Translation. Iniquity is defined as any willful transgression against God’s law.

The Bible defines iniquity as the intentional, unrepentant, or shameless sin committed without a fear of God. This is commonly portrayed in the Bible as a “cup of iniquity,” and it is most often associated with nations that have forsaken God. When iniquity continues unchecked, it progresses to shameless sin, which is described in Romans 1:28-32. Biblical examples of iniquity include the sons of Eli, who continued in their wickedness until there was no longer any remorse.

Iniquity can be traced back to Adam, the first human to sin. God could not offer sinless blood through animals, so He had to become a man in order to atone for the sin of Adam. As a result, the punishment for sin was death. The first man, Adam, was placed in the garden and instructed not to eat any fruit of the tree in the garden.

The Bible condemns a number of practices and religions. The Bible highlights that man should be free from polytheism, idolatry, and anthropomorphism. Furthermore, it stresses the importance of strong resistance to the practices of others. Thus, the Bible teaches that obedience to God’s laws and commands is better than sacrifice, hearing, and eating the fat of rams.

The term transgression in the Bible means “violation of the Law.” In this context, it refers to the intentional disobedience of God’s Word or commandment. It is also used to refer to sin. In the Old Testament, pesha appears 80 times. According to the prophet Lehi, without transgression, Adam would have never fallen and everything would have remained in its original state forever.

Adam and Eve, however, were not aware of sin. They were not taught right and wrong, and transgressed against God’s commandments. While transgressions may be unintentional, they still qualify as sins. As such, transgression is a legal offense. It is an offence that requires a sanction and may result in punishment.

Transgression is a serious offense that should not be taken lightly. God is merciful, but his mercy does not nullify his justice. He must punish the wicked, and this is the purpose of Jesus’ death on the cross. And while we should always repent, we must be prepared to accept God’s judgement.

The Bible defines transgression as “a crime against God.” This crime is a violation of the law and is against God’s intentions. It is often a betrayal of trust. Prophets such as Amos call out this type of betrayal in the world. And we know that this sin will result in the destruction of the people who violate God’s law.

The Bible uses the term “sin” seven86 times, a term that means “to miss the mark.” It can refer to doing things against God, doing something that is contrary to what is right, or failing to do something that you know is wrong. In the Old Testament, God instituted sacrifices for unintentional sins.

Transgression means “to go over the limit” or “to violate the law.” It is also a violation of moral duty. Legislators should not transgress laws they have passed. However, this is not always the case. Transgressions can be intentional or unintentional. They can also refer to falling away from those we are close to. Peter, for example, transgressed when he denied Jesus.

The word transgression is also used to refer to trespassing. While it is a legal term, it differs from the usage in the Bible. The word transgression can mean “lawlessness.” Jesus predicted that worldwide rebellion would break down the rule of law and order at the end of the world. Today, the world is experiencing this type of rebellion on an unprecedented scale. From university students rebelling against society to people idolizing “self”, rebellion has gotten out of hand. It is not just a violation of law and order, but it is a violation against God and the Almighty.

Throughout the Bible, sin was introduced into the world through a man. The result was death. This sin spread through all of mankind. The law was not yet in place, but sin was. As a result, death reigned from Adam until Moses. In contrast, the free gift of grace by God, which we receive through Christ, is not sin but a free gift.