What Is Lamentations About in the Bible

What is Lamentations About in the Bible? 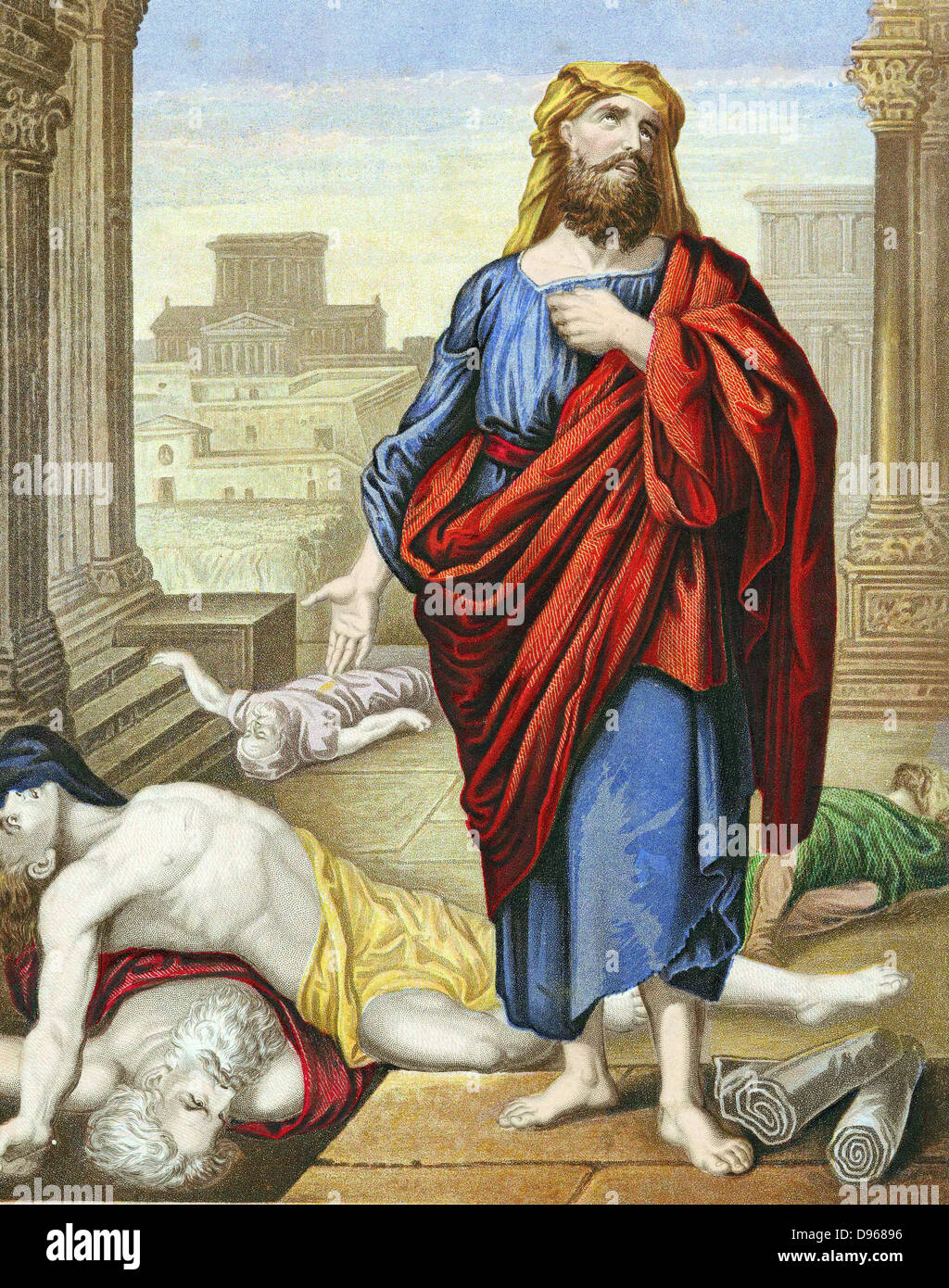 Lamentations is a collection of laments written in Hebrew. It is part of the Hebrew Bible’s Ketuvim section, along with the Book of Ruth, the Book of Ecclesiastes, and the Book of Esther. Its central message is God’s sustaining grace for those who suffer.

Lamentations is a collection of Hebrew poems

The Book of Lamentations is a collection of Hebrew poetry. Most of these poems are known as elegies, and they express deep personal and communal grief. The Hebrew poems are composed in a rhyme scheme that repeats the same first letter of each line.

While the majority of the poems in Lamentations are about sorrow, many of them contain elements of hope. One such theme is the promise of a better life through God. Despite Judah’s disloyalty, God remained faithful to His covenant with the people. He continued to provide compassion to those who sought it in spite of the unfaithfulness of their ancestors.

Lamentations is one of the longest and most important books of Scripture. It explains the sufferings of people who have rejected God. The Book of Lamentations is a testimony to biblical faith and provides language for today’s readers. If you’re interested in learning more about it, here’s a brief summary of the themes.

Lamentations is considered to have been written around 587 B.C. The biblical text does not identify its author, but most modern translations ascribe the book to the prophet Jeremiah. Although this is not the case, the authorship and antiquity of the book have been debated among scholars.

It is a book of acrostics

The Book of Lamentations combines elements of individual and communal laments, as well as funeral dirges and ancient Near Eastern city laments. The meter used in Lamentations is a quatrain (qinah, “lament”), with each verse consisting of three beats followed by two. The last chapter also partially conforms to the acrostic pattern, using the same number of lines (22), as the number of letters in the Hebrew alphabet.

See also  Are the Essenes Mentioned in the Bible

The first four poems in Lamentations are acrostics, as are some Psalms. The first and second poems each consist of twenty-two verses, while the third poem has sixty-six verses.

It is a book of laments

The Book of Lamentations is a collection of poetic laments that recount the destruction of Jerusalem in 586 BCE. It is one of the Five Megillot, or poetry collections, in the Hebrew Bible, appearing along with the Song of Songs, Ecclesiastes, Ruth, and Esther.

The book of laments consists of five poems, each with a different style. The first four poems are alphabetic acrostics that begin with successive letters of the Hebrew alphabet. The fifth and final lament are not acrostic, but they are composed of a single poetic line. The book is believed to be compiled from several sources, including the writings of the prophet Jeremiah.

The book contains five poems based on the Hebrew alphabet. The first four poems are acrostics, incorporating each Hebrew letter (pe, ayin, and le). The first two chapters of the book comprise 22 verses each. The third chapter devotes three verses to each letter, resulting in 66 verses. This familiar poetic device indicates that the author aims to cover a lot of material. The book is read by the Jewish people every year on the anniversary of the destruction of the temple in Jerusalem.

Lamentations is often referred to as the most somber book in the Bible. It was written by the prophet Jeremiah, who was known as the weeping prophet.

The central message of Lamentations is God’s sustaining grace in the face of suffering. It’s a message that resonates today in a world plagued by global poverty and the mismanagement of wealth. In addition, there is no lack of conflict at the personal and international level, and persecution is a constant.

See also  What Is Charity in the Bible

Lamentations is a book of lament, written both in individual and communal forms. The complaint takes on many forms, but its central message is God’s sustaining grace during suffering. Throughout the book, the petitioner laments his lack of access to God, his perceived inaccessibility, and his inability to fulfill his promises. The book includes metaphors, such as “God has closed his way before me, like a wall of stone.”

While the prophet longed for a return to his former life, his affliction threatened to plunge him into a deeper depression. But a small whisper of hope returned: the Lord’s compassions never fail. Although God’s presence seems distant and inhumane, His sustaining grace is a comforting anchor for the soul.

In Lamentations, the central message is God’s sustaining grace, a divine gift that is made possible by his love. While God is a sustaining God, the Bible also teaches that the suffering of his own people is a direct result of their loyalty to Him. See, for instance, Matthew 10:16-25.

It was written after the fall of Jerusalem

The book of Lamentations is a collection of hymns and lamentations. The book is composed of repeated phrases to emphasize the uniqueness of a calamity. The first psalm is about repentance. The second psalm focuses on the suffering of a single person.

Lamentations is the third book of the Major Prophets, and it is the twenty-fifth book of the Old Testament. It is traditionally attributed to the prophet Jeremiah, but it may have been written in part by Jeremiah’s servant Baruch. It was written after the fall of Jerusalem, and its original readers were survivors of the destruction. The book deals with the feelings of grief and loss, and the hope that will come in the future. It is traditionally read on the anniversary of the fall of the temple in Jerusalem.

See also  Who Was Veronica in the Bible

The book of Lamentations is composed of five separate poems. The first half of the book describes the desolation of the city. The second half describes national sins, but it also describes acts of God. The third half of the book is about hope. The final half focuses on God’s wrath against the people of Edom.

It was written by Jeremiah

Jeremiah was known as a prophet who faced many trials and persecutions in his life. He was pitted against the entire nation of Judah, but he felt the call of God to do this difficult work, and he trusted God to guide him in his ministry. His message reflected the nation’s ever-worsening situation. He confronted the nation’s religious hypocrisy, economic dishonesty, and oppressive behavior. As a prophet, Jeremiah was a watchman who would warn them of danger, but at the same time encourage them to repentance and faithfulness.

Jeremiah’s prayer to the LORD was heartfelt and not just formal. Confession is the first step in repentance, and Jeremiah’s people had violated the terms of the Mosaic Covenant. They had rebelled against God, and He did not pardon their sin. He pursued them in judgment.

Jeremiah’s story is an example of how people can respond to their suffering. The prophet’s enemies pursued him mercilessly. His story focuses on the suffering of those around him.